Maxim Group has built one of the premier proprietary research platforms on Wall Street, with an emphasis on small-cap, micro-cap, and emerging growth companies. Our research is both theme-based and trading-oriented with an ‘alpha-goal’. Institutional clients, CEOs and board directors seek out our Senior Research Analysts for advice and expert opinions in their respective industry verticals.

The Maxim Group Equity Research mission is to always be the ‘go–to’ source in each of our industry verticals. Our analysts use a fundamental bottoms-up approach to research the companies we cover. In addition, Maxim also hosts theme-based conferences that are timely and insightful for our clients. 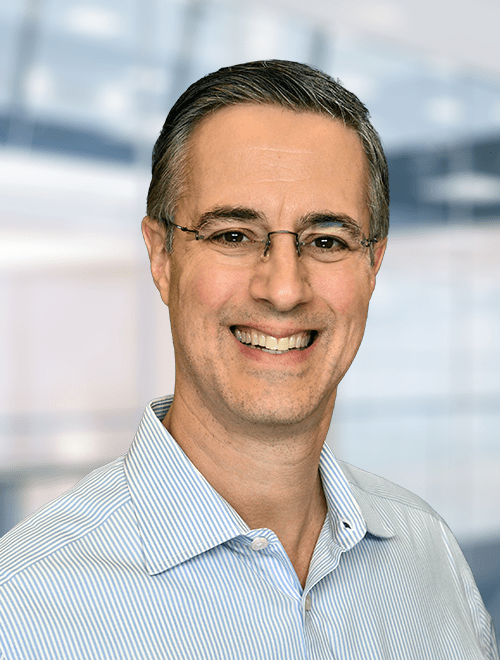 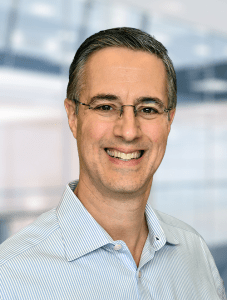 Anthony Vendetti is the Director of Research and Senior Healthcare Analyst at Maxim Group, LLC. Mr. Vendetti has been on Wall Street for more than 20 years and follows the aesthetic device, health & wellness, healthcare information technology & services, and medical device industries. Prior to joining Maxim Group, he was a senior healthcare analyst at Gruntal, UBS Securities and Ladenburg Thalmann. Mr. Vendetti also worked for three years in the healthcare industry at CIGNA, ultimately as a senior healthcare analyst in the managed care division. 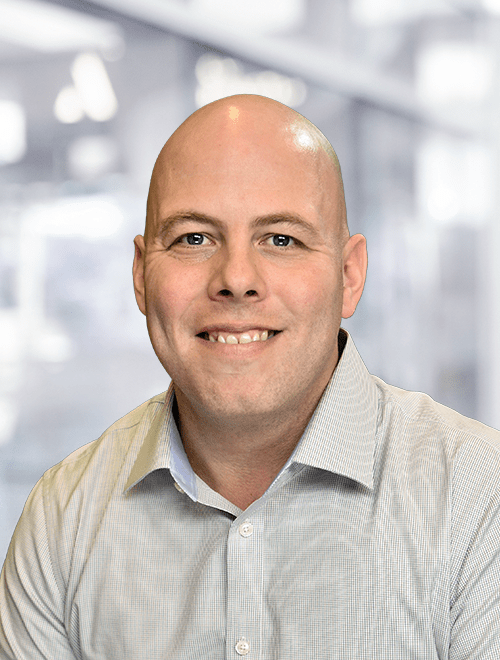 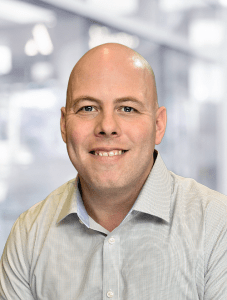 Jason McCarthy, Ph.D. is a Senior Managing Director covering the biotechnology industry at Maxim Group. Dr. McCarthy joined Maxim Group in July 2014. Prior to joining Maxim he received his doctoral degree in Biomedical Sciences at the Albert Einstein College of Medicine. Dr. McCarthy also holds Master’s degree in both Biomedical Research (Albert Einstein College of Medicine) and Molecular Biology (Adelphi University), as well as a B.S. in Biochemistry from Stony Brook University. 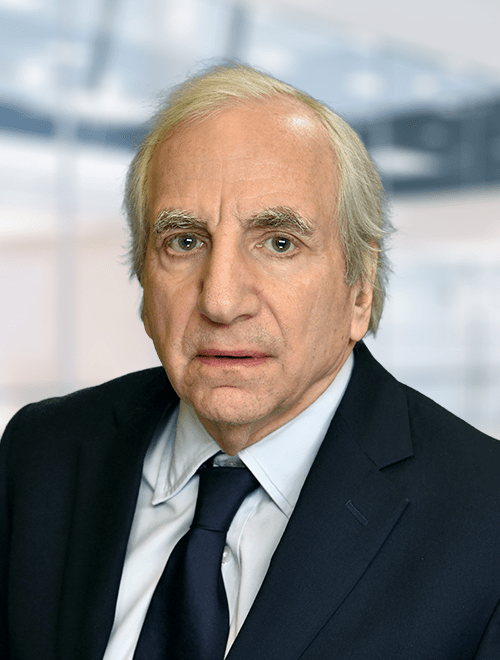 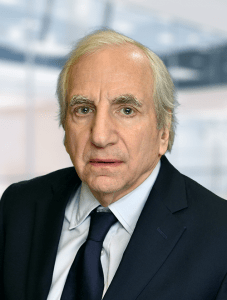 Michael Diana is a Managing Director at Maxim Group, LLC. Mr. Diana began his Wall Street career at First Boston as a financial services investment banker. Prior to joining Maxim Group, Mr. Diana was a research analyst at Cantor Fitzgerald where he covered mortgage REITS and small and mid-cap commercial banks. Previously, he held similar positions at Citigroup, Bear Stearns and Prudential Securities. He was recognized in the 2015 StarMine Analyst Awards as the #2 Top Earnings Estimator for banks. He received an MBA in Finance from The Wharton School at University of Pennsylvania and a JD from Cornell University. 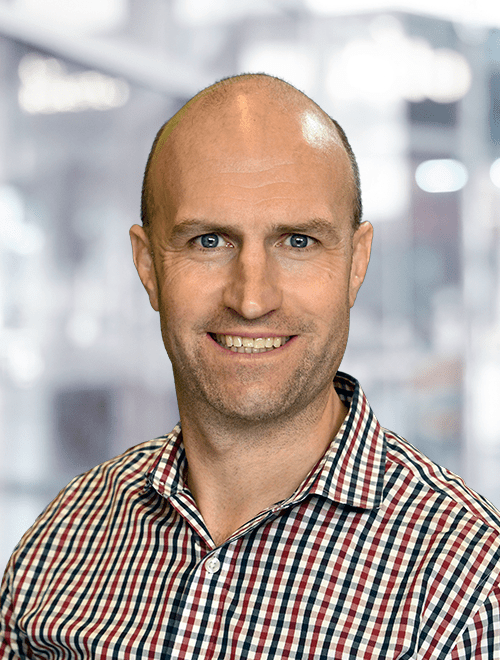 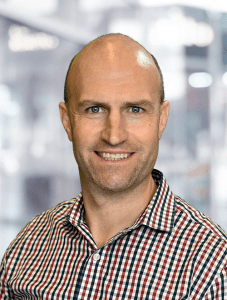 Tate Sullivan is a Managing Director and Senior Industrials Analyst at Maxim Group, LLC. Prior to joining Maxim, Mr. Sullivan was a Senior Equity Analyst at Sidoti & Company, LLC covering industrials with energy and infrastructure exposure. Before Sidoti, Mr. Sullivan covered Engineering & Construction companies at CLSA and was an Equity Research Associate in oilfield services. Mr. Sullivan also has prior experience on the sell side with Lazard, J.P. Morgan and Bear Stearns. Before joining the sell side, Mr. Sullivan worked with energy companies at Duff & Phelps providing independent acquisition valuations, and Thomson Financial in investor relations consulting. Mr. Sullivan earned his M.B.A. in finance from Fordham University, and his B.A. in journalism from the University of North Carolina at Chapel Hill. He also holds the CFA designation. 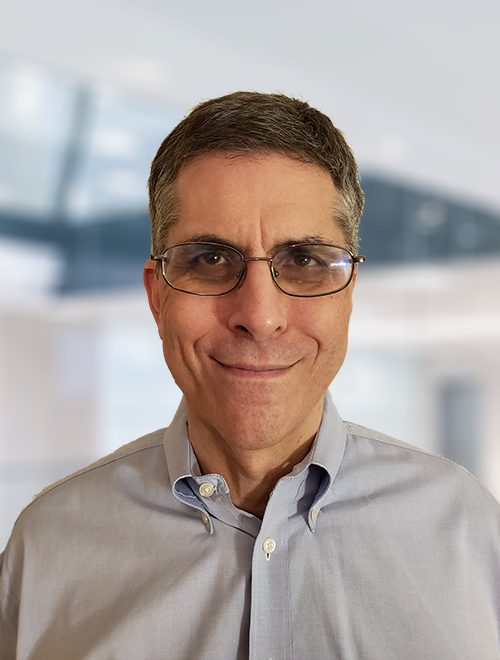 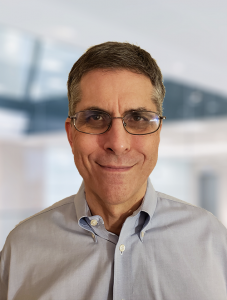 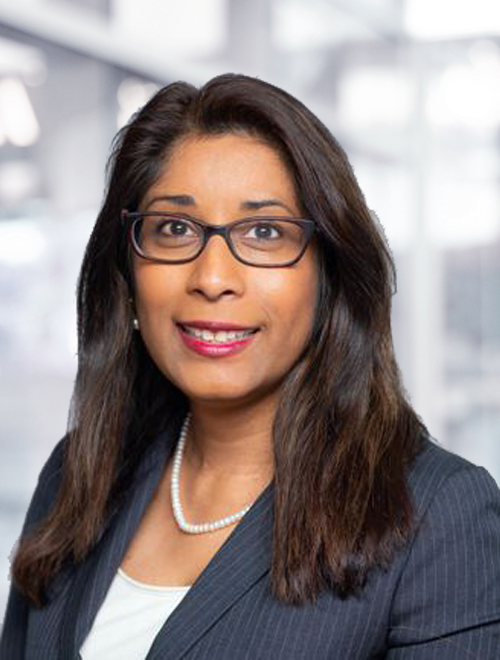 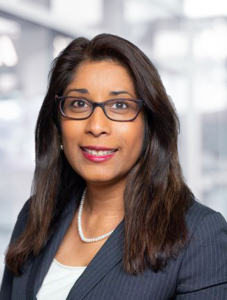 Naureen Quibria, Ph.D., is a Vice President, Senior Equity Research Analyst at Maxim Group covering the biotechnology sector, focused primarily on oncology. Dr. Quibria joined Maxim Group as a Senior Research Associate in 2018. Prior to that, she served in various consulting roles, including as Business Analyst at Johns Hopkins Technology Ventures. She began her career in equity research at H.C. Wainwright, followed by JMP Securities. She has also served brief stints as an analyst at B. Riley and Noble Capital Markets. Dr. Quibria has conducted research in academic labs at the NIH, Beth Israel Deaconess Medical Center/Harvard Medical School and at UCLA. She received her Ph.D. in Cell Biology and Pathology from Columbia University and holds a Bachelor’s degree in Biology from Bryn Mawr College. 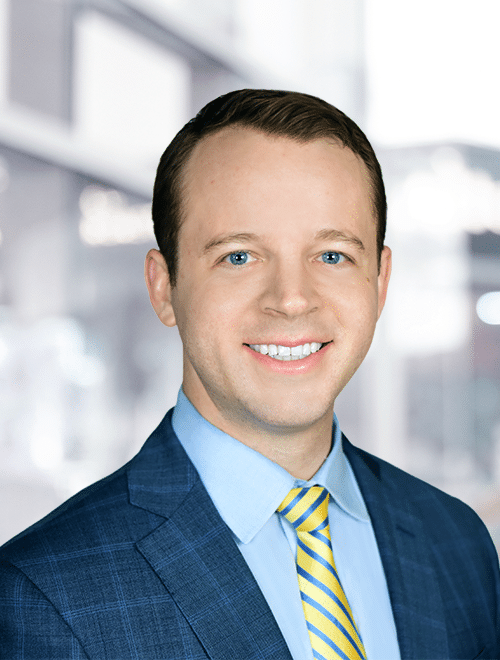 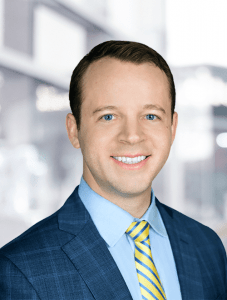 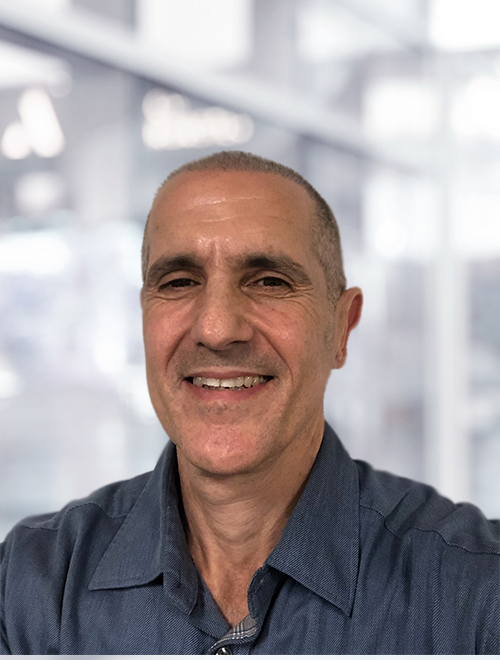 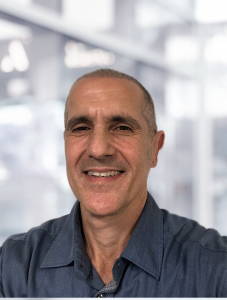 Mitchell Speiser, CFA, holds the position of Supervisory Analyst and Product Manager at Maxim Group, LLC. He has more than 25 years of experience in Equity Research, including positions on the sell-side and buy-side primarily following consumer stocks. More recently, Mr. Speiser moved into equity research management as a Supervisory Analyst and Product Manager. Prior to joining Maxim Group, he worked at Sidoti & Company, Buckingham Research Group, Jefferies Asset Management, Telsey Advisory Group and Lehman Brothers.  As a senior sell-side analyst following the Restaurant sector, Mr. Speiser was voted onto Institutional Investor’s All-American Research Team In 2003 and 2004, and was ranked #1 in Institutional Investor’s All-American Independent Research Team survey in 2009. He holds an MBA from NYU’s Stern School of Business, graduating as a Stern Scholar (top 20% of graduates) earning membership into the Beta Gamma Sigma honor society, and graduated from Boston University, cum laude with a BA degree in Economics and a minor in Business Administration. 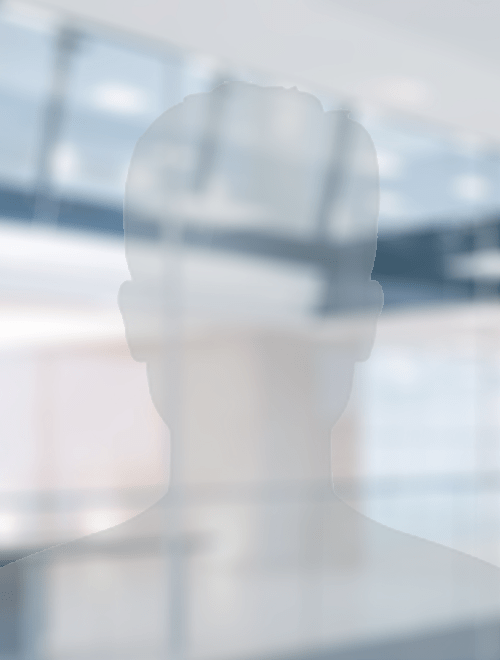 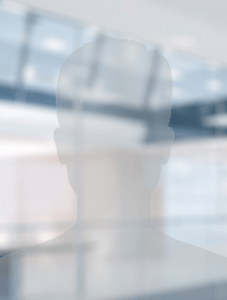 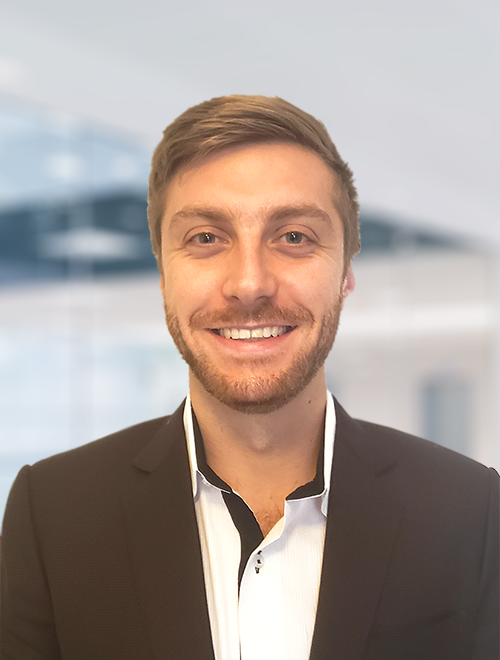 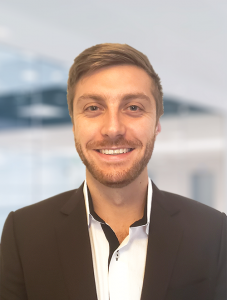 Michael Okunewitch is a Senior Research Analyst covering Biotechnology. He began his career at Maxim Group as a research intern, after which he transitioned to a full-time associate in 2017. Mr. Okunewitch graduated from Stony Brook University in May 2017, receiving a B.E. in Chemical and Molecular Engineering, as well as Applied Mathematics and Statistics. In addition to his education, Mr. Okunewitch is recognized as a Certified Associate in Project Management through the Project Management Institute. 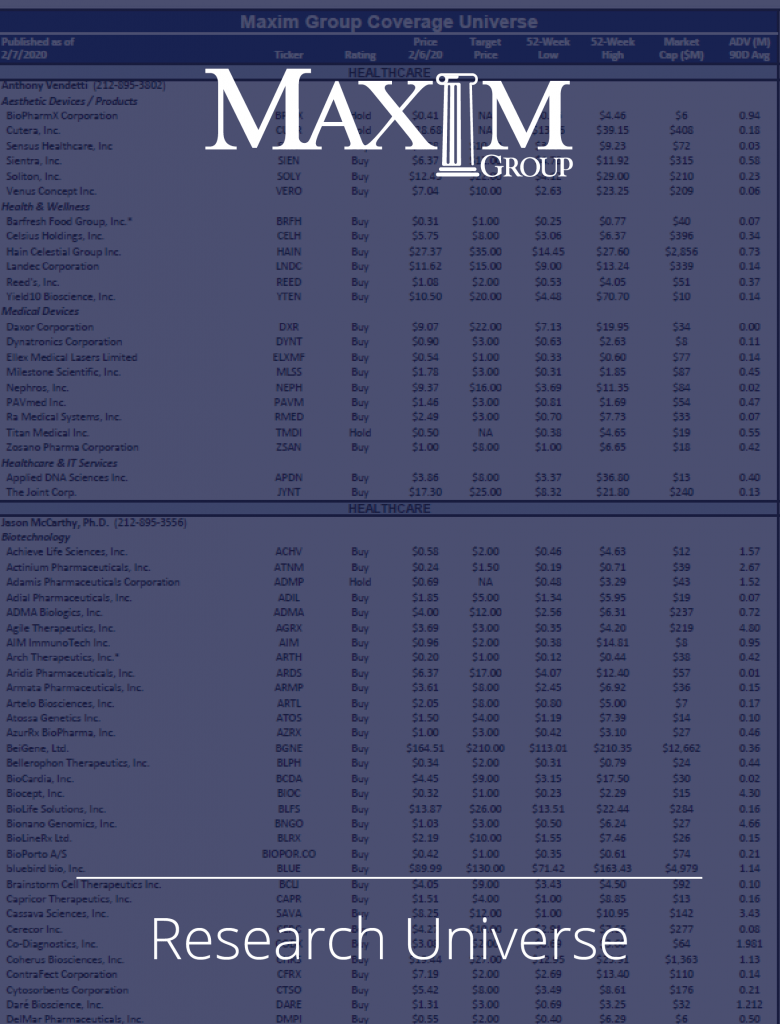